As a facilitator and coordinator for local mental health service providers, MHA Dallas operates through strategic long-range planning along with immediate responses to community crises as they arise. In addition to our efforts to supply information, education and advocacy related to mental health issues, we also provide preventive programs designed to equip high-risk populations (including children, the homeless and the indigent) with information and skills to combat stress and adversity.

Through collaboration with other service providers, MHA Dallas is building a powerful local movement to address the needs of those without affordable and accessible mental health services in the Dallas area. Won’t you join us?

Founded in 1947, Mental Health America of Greater Dallas (MHA Dallas) has consistently served the people of Dallas County and its surrounding communities for more than 60 years. During that time, MHA Dallas has achieved a number of notable milestones, including:

Focused on mental health in the public education system.

Established the We Help Ourselves (WHO) program for youth.

Led a coalition of community stakeholders (Coalition on Mental Illness) to restructure the public mental health system in Dallas County.

Met with 23 legislators and convened a group to establish consensus on legislative priorities for the public mental health system.

Presented the WHO program to more than 186,000 children.

Looking back, we’ve accomplished much. But looking forward, there is ample opportunity to do more.

The Story of the Bell: A symbol of where we have been and where we are going.

During the early days of mental health treatment, asylums often restrained patients with iron chains and shackles around their ankles and wrists. With better understanding and treatment, this cruel practice eventually stopped.

In the early 1950s, National Mental Health America (NMHA) issued a call to asylums across the country for their discarded chains and shackles. On April 13, 1953, at the McShane Bell Foundry in Baltimore, Maryland, NMHA melted down these inhumane bindings and recast them into a sign of hope. 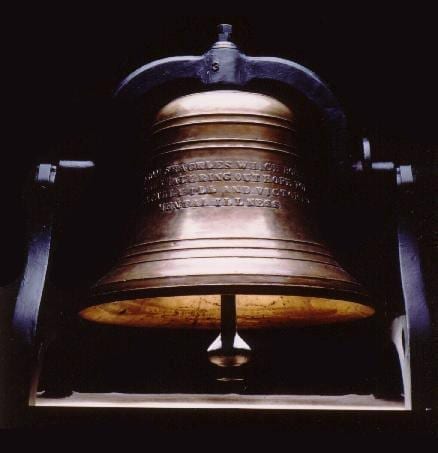 Cast from shackles which bound them, this bell shall ring out hope for the mentally ill and victory over mental illness. —Inscription on Mental Health Bell

Changing the Course of Mental Health

For A Loved One